Nikolai Kapustin is an **autodidact on composing**; he made his first attempt to compose a piano sonata at age of 13. During his conservatory time he composed and played his Op. 1; a Concertino for piano and orchestra. The Op.1 was a jazz piece and turned out to be his first work performed publicly (1957). He also had his own quintet and was a member of Yuri Saulsky’s Big Band.

Nikolai Kapustin turned out to be a classical composer who happens to work in a jazz idiom. He fuses these influences in his compositions, using jazz idioms in formal classical structures. An example of this is his Suite in the Old Style, Op. 28, written in 1977, which inhabits the sound world of jazz but is modelled on baroque suites such as the keyboard partitas composed by J. S. Bach, each movement being a stylized dance or a pair of dances in strict binary form. Other examples of this fusion are his set of 24 Preludes and Fugues, Op. 82, written in 1997, and the Op. 100 Sonatina. 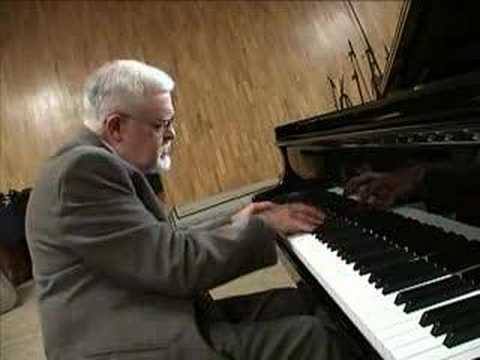